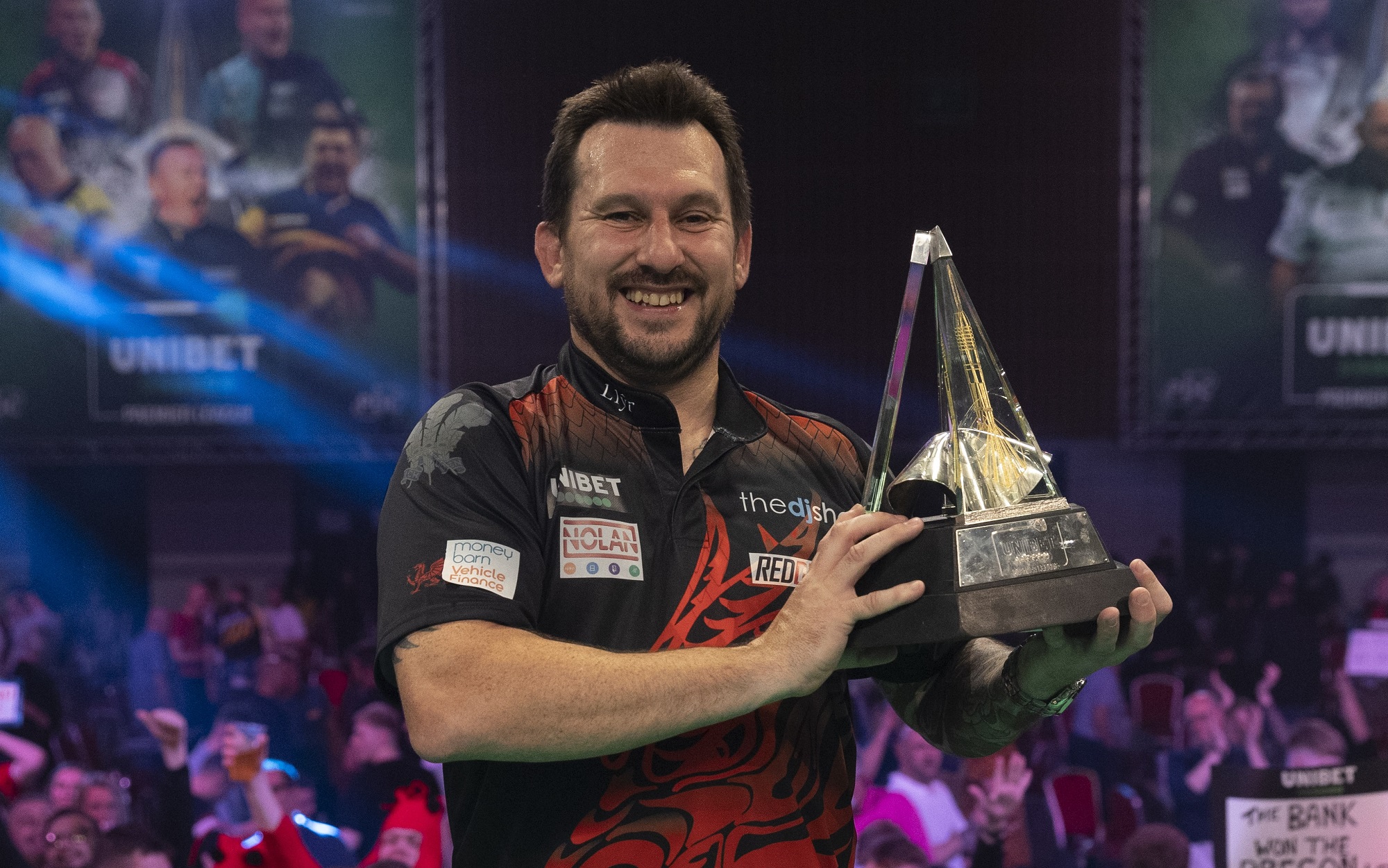 The Cazoo Premier League will undergo the most radical change in the tournament's history in 2022, with eight players to contest 16 mini-events during the season ahead of the Play-Offs to determine a champion.

The Premier League has had a number of format changes through the previous 17 seasons since the tournament was introduced in 2005, initially beginning with seven players before moving to eight and ten competitors, and also featuring Challengers in recent years.

Now established as the widest-reaching event on the circuit, the Premier League will still be played in 17 arenas across the UK, Ireland, Netherlands and Germany this year and offer a bumper, increased £1 million prize fund.

A new development, though, will see the Premier League feature eight players in 2022, with the 16 league nights being individual events comprising the quarter-finals, semi-finals and a final over the best of 11 legs - with a £10,000 bonus to each night's winner.

Ranking points will also be awarded from each night - with five to the winner, three to the runner-up and two to the semi-finalists - to form the league table from which the top four players will progress to the Play-Offs.

Across the 16 weeks, players will face each other twice in a quarter-final tie to form the draw for 14 nights, with the additional two nights (Night Eight and Night 16) seeing the stars face off again in a draw bracket based on the league table following Night Seven and Night 15 respectively.

"The Cazoo Premier League has grown beyond recognition since first being introduced 17 years ago, but the time was right to introduce this ground-breaking new format," said PDC Chief Executive Matt Porter.

"Our new format means that every match matters. Every night throughout the season has its own champion and will provide even greater value for fans attending and watching around the world, with seven games playing through to a conclusion to find a winner in each venue.

"There is also the wider race to be involved in the Play-Offs and to challenge for the overall Premier League title and a share of the massive £1 million prize money.

"We've already seen great interest across the UK and Europe from fans looking forward to attending the Cazoo Premier League live once again, and this year they'll be experiencing more top-class darts than ever before in this event."

The eight-player field for the 2022 Cazoo Premier League will be confirmed in due course.

Ticket information for the Cazoo Premier League can be seen at this link.

Format
Each night will see quarter-finals, semi-finals and a final played over the best of 11 legs (first to six).
Each player will meet the other seven players twice over the course of the season in a quarter-final game, plus two further nights will feature additional fixtures in the same format.