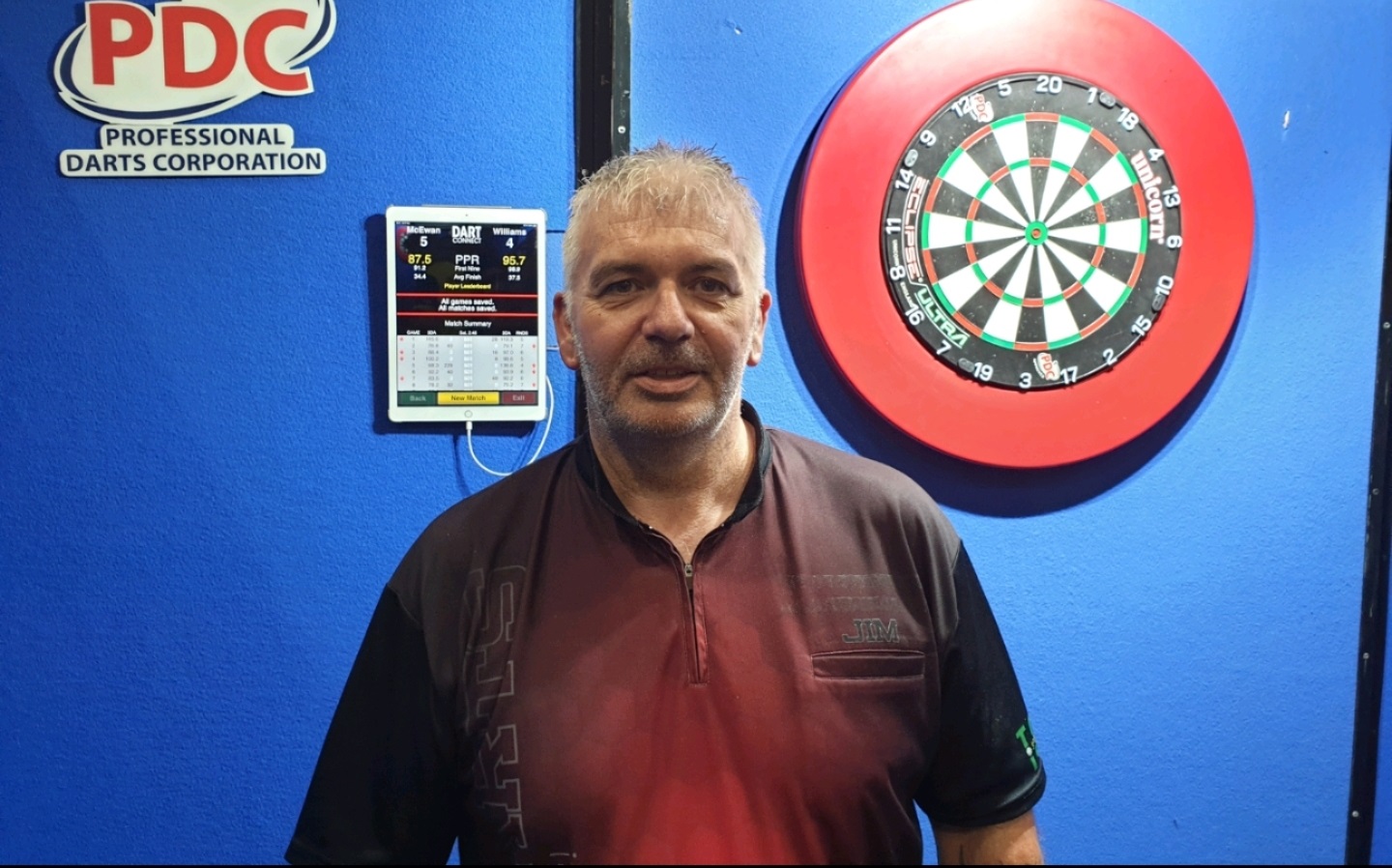 The Scot had been a Challenge Tour winner in 2021, and repeated the feat to claim the £2,000 title in the final event of the year's opening weekend.

McEwan was in dominant form throughout the event, whitewashing both Will Harwood and Steven Noster and only dropping one leg apiece against Kevin Garcia, Jelle Klaasen and Darren Penhall on his way to the final.

He proved too strong for Burton in the decider, winning the opening four legs without allowing his opponent a dart at a double and landing two 14-darters in the process, before finishing double ten in the next to seal the win.

Burton was bidding to win his third Challenge Tour title, having claimed two victories in 2019, opening the day with a 100.42 average against Daniel Klose and whitewashing Franz Roetzsch and Matthew Edgar in his run to the final.

The event concluded the year's first of five Challenge Tour weekends, with Scott Williams having been victorious in Friday's double-header before Steve Haggerty and Stu Wilson shared wins on Saturday.

Williams heads the Challenge Tour Order of Merit following the first event events on £4,050, with McEwan's Event Five win moving him into second place on £2,900, while Wilson (£2,100) and Haggerty (£2,000) complete the current top four.

The Challenge Tour will resume from April 1-3 at Halle 39 in Hildesheim with a further five tournaments, each carrying £10,000 in prize money.

The top two players from the final 2022 Challenge Tour Order of Merit will secure a PDC Tour Card for 2023/24 and a place in the 2022/23 Cazoo World Darts Championship.

Click here for full results in the Match Centre.

Click here to see the Challenge Tour Order of Merit.