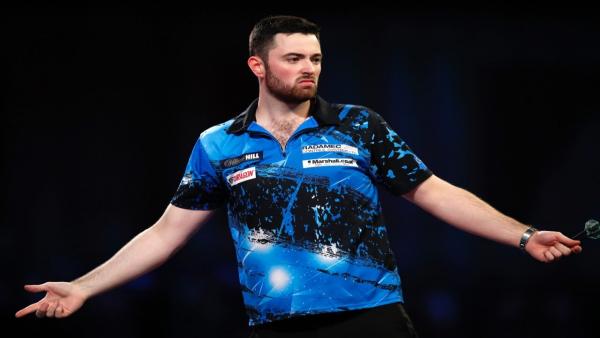 Luke Humphries is seeking a big run on his Ladbrokes Masters debut to strengthen his Premier League credentials.

Humphries, who reached his third World Championship quarter-final in four Alexandra Palace outings in December, will make his Masters debut against Devon Petersen on Friday night in Milton Keynes.

"The Masters is an opportunity to stake a claim for a Premier League place," Humphries told The Darts Show Podcast.

"I've always said one of my biggest goals is to be in the Premier League; whether it's this year or in the future, you want to be playing week-in, week-out against the world's best.

"With the field being reduced to eight players this year it makes it a lot harder to get in.

"I think I would probably have to win The Masters to get in which is going to be tough because I haven't got the easiest of draws.

"But it is an opportunity for me to get in, and I feel confident I can win it, I really do.

"That's something I've added to my game in the last 12 months, turning up to every competition I play in thinking I can win it."

The 2022 Ladbrokes Masters will take place from January 28-30 at the Marshall Arena in Milton Keynes.

The tournament will be broadcast live on ITV4 in the UK, through the PDC's worldwide broadcast partners including DAZN and RTL7, and on PDCTV (excluding UK and Netherlands based subscribers).