Cullen reflects on life-changing week ahead of 'dream chance'

News
>
Cullen reflects on life-changing week ahead of 'dream chance' 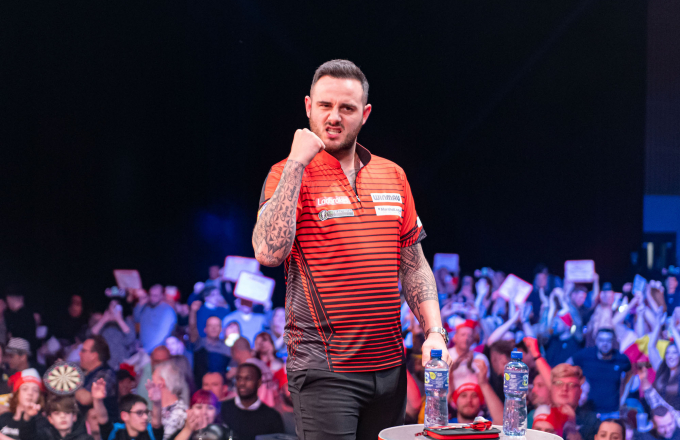 Joe Cullen has revealed he is looking to prove his doubters wrong ahead of his Cazoo Premier League debut.

Cullen will take to a Premier League stage for the first time on Thursday in Cardiff, days after lifting his first TV title at The Masters.

Ahead of his meeting with reigning champion and Welsh hero Jonny Clayton, the 32-year-old took time to reflect on a life-changing weekend.

"I'm still on cloud nine, the last few days have been a bit of a whirlwind," Cullen told The Darts Show Podcast.

"Winning my first TV event and then finding out straight after that I'm in the Premier League was a bit surreal.

"I've waited a long time for this opportunity, it's been my dream so to finally get the shot is pleasing.

"You always believe you can do it but until you actually do it there are times when you question whether you're good enough.

"It's even more exciting to be part of a new-look Premier League this year; there's a new format, new board, new sponsor - for that to be my first one is great and I can't wait to get going.

"I've seen a few people on social media saying 'you'll get battered every week' but I'm there by right and I'll have a smug smile on my face if I can prove them all wrong."

An emotional night at The Masters saw Cullen run to his father in the crowd after hitting the winning double.

A poignant moment for the Cullen family was dedicated to Joe’s late mother who passed away in 2021.

"I said to my dad when I woke up Sunday morning 'I'll win it today'," Cullen revealed.

“Losing my Mum last year was really tough; that title [The Masters] was dedicated her.

“When she was ill it was on my mind a lot and I think that showed in my results towards the back end of last year.

“But darts was also a really good distraction and was a bit of a getaway for me.

“Since my Mum passed, my Dad has stepped up and travelled around with me; it’s good to have someone with you especially someone I’m so close to."

The Cazoo Premier League will be broadcast live on Sky Sports in the UK, through the PDC's worldwide broadcast partners including DAZN and Viaplay, and on PDCTV (excluding UK and Netherlands based subscribers).