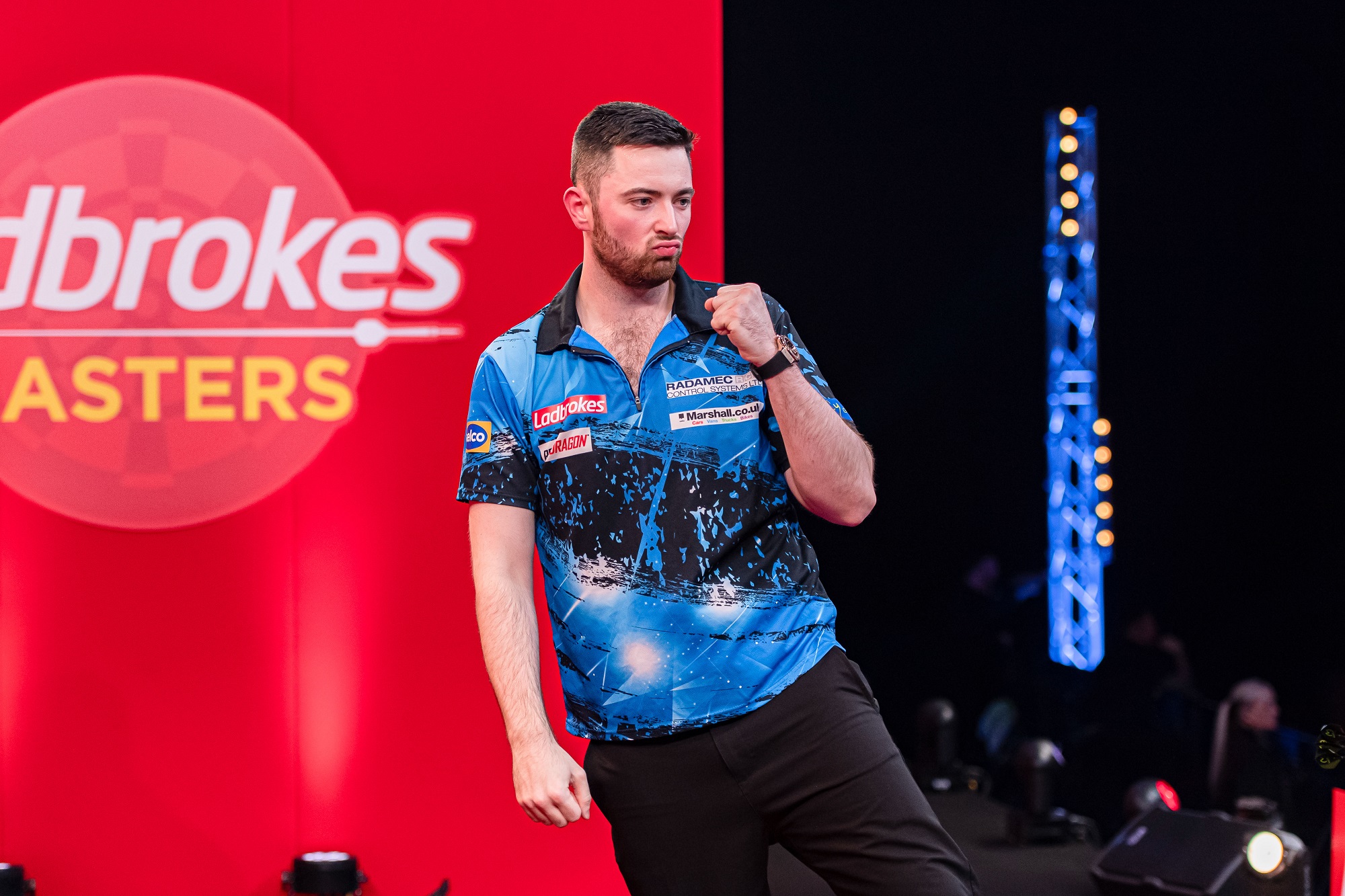 Former World Youth Champion Humphries was a runner-up in three ProTour finals and at the UK Open in 2021 as he enjoyed a breakthrough year at the top level.

His progress has continued with a brilliant success in the year's first of 30 Players Championship events, as he scooped the £12,000 title from the new £100,000 prize fund.

Humphries was in fine form throughout the day, averaging above 95 in all seven victories, which included ton-plus averages in a whitewash of Keegan Brown and a third round defeat of Kevin Doets.

He also overcame Masters champion Joe Cullen 6-5 in the quarter-finals and produced a ten-darter to win the deciding leg of his semi-final with Daryl Gurney - having missed double 12 for a nine-dart finish!.

Humphries also dominated the final, winning the first four legs without reply - including a 113 finish and a 12-darter - before Searle hit back to 4-3.

The Newbury ace took out a show-stopping 161 checkout as he won the next two legs to restore breathing space, with Searle hitting back in 13 darts only to see Humphries close out the title.

"It feels amazing," said Humphries. "I've had some great achievements already in my career, but this tops everything.

"Me and Ryan are really close friends. We played practice games [together today] and actually both said we were loving the throw, feeling good today and let's make the final together.

"We knew we were in separately halves [of the draw] and said we could make the final, and we did.

"I've achieved a that one title but I feel like Ryan's the next person to go on and do incredible things. He's got that level that can beat anybody in the world.

"We're going to be looking at this year as a stepping stone for us to progress, and I believe in the next couple of years, with the talent that we've got, we could pick up a major title."

Searle was chasing his third Players Championship win in as many years, and his sensational form on the day included five ton-plus averages.

Those were topped by his 115 average in a 6-1 quarter-final win over Krzysztof Ratajski, while he also averaged almost 104 in coming from 3-2 down to enjoy a 7-5 semi-final win over World Champion Peter Wright.

Searle, November's runner-up in the Players Championship Finals, admitted: "I played decent today but ran out of steam a little bit in the final maybe.

"I feel like I'm playing well but I've still got another gear to go and Luke has as well so look out for us both. Luke's been knocking on the door for a long time and he deserves his first title."

Wright followed up Thursday's Cazoo Premier League victory in Cardiff with a run to the last four, including a 6-0 whitewash of Jonny Clayton in the last eight.

Daryl Gurney defeated former World Champions Michael van Gerwen and Gary Anderson in reaching the semi-finals, where it took a ten-darter in the deciding leg from Humphries to end his hopes.

Clayton and Anderson were joined in the quarter-finals by Ratajski and new Masters champion Cullen, who whitewashed Dave Chisnall during his run on the day.

The year's opening Players Championship weekend concludes on Sunday, with the action from 1200 GMT at the Barnsley Metrodome including live streaming through PDCTV from two boards simultaneously throughout the event.

The PDC's Twitter feed will be updated throughout the day with details of which matches are coming up on each streaming board.