Bob Scott retires from PDC Board of Directors

News
>
Bob Scott retires from PDC Board of Directors 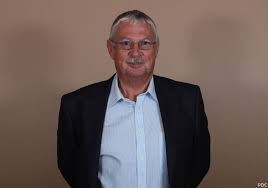 Bob Scott has retired from his role on the Professional Darts Corporation's Board of Directors.

A former chief executive of Coral bookmakers, Scott joined the PDC Board at the start of 2009 and has helped shape the sport's modern future since.

"I've had a fantastic time throughout over a decade on the PDC's Board and it's been a great honour to see the sport grow in the way it has during that time," said Scott.

"Our events have continued to grow and we've been able to take the sport global with the World Series, as well as expanding the professional circuit and introducing developmental tours to produce stars of the future.

"We're now seeing that new crop of players taking the sport to the next level, and I'll enjoy watching them in future years.

"I'm also proud of the hard-working staff at the PDC who continue to make our events so successful. It's been wonderful to be a part of this great sporting success story."