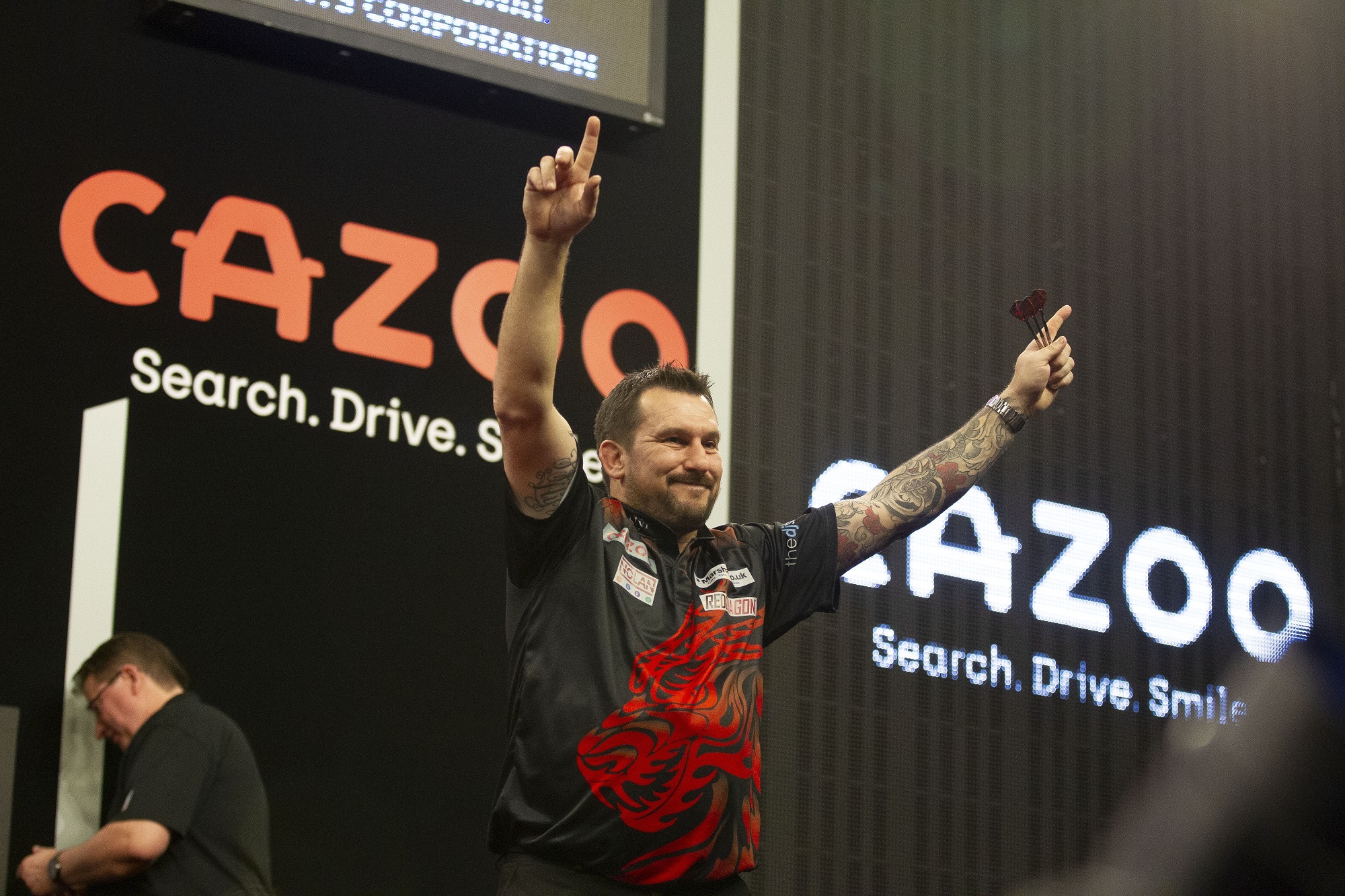 Jonny Clayton moved to the top of the 2022 Cazoo Premier League table after claiming victory in Liverpool on Thursday, defeating Joe Cullen in the final.

The Night 2 final saw Clayton battle back from 3-1 down in the decider as he went on to secure the win 6-4 against the Premier League debutant.

Cullen, who had lost in his quarter-final tie in Cardiff a week ago, began the final the brighter of the pair as he raced into a 3-1 lead at a packed M&S Bank Arena.

The defending Premier League champion fought back, levelling the match after six legs before another break of throw saw Cullen wrestle back the initiative.

Clayton - who had finished Night 1 as runner-up to Peter Wright - then went on to win the next three legs, capitalising on Cullen's missed doubles to claim the win and pocket the £10,000 winners bonus.

"The atmosphere was absolutely fantastic, it's a shame we have to leave!

"I didn't play my best in the final but I got over the line and that's what counts.

"The game against Michael van Gerwen was hard work, I had to be at my very best to win that one.

"I'm Premier League champion for a reason and I've got off to a good start this year, so long may it continue."

The final victory was the end of a superb night for the Welshman, who defeated Michael Smith 6-3 before recovering from 4-1 down to average 106 and defeat Michael van Gerwen 6-4 in the semis.

Van Gerwen had swept aside World Champion Peter Wright with a 6-1 quarter-final win, bettering his 103 average from that match with a 105 average in a thrilling semi-final with Clayton only to eventually be defeated.

Gerwyn Price was the other man to reach the last four after defeating Gary Anderson 6-3, but the world number one came unstuck in the last four despite leading Cullen 5-2.

Cullen also defeated James Wade in Liverpool as the Masters champion enjoyed his first victories on the Premier League stage.

The Cazoo Premier League roadshow moves on to Belfast for Night 3 on Thursday February 17, as Wright takes on Anderson in the pick of the quarter-final ties.

The night's other matches will also see Smith - the only player without a win so far this season - meet Price, Cullen take on Van Gerwen and Wade face Night 2 winner Clayton as the £1 million tournament continues at The SSE Arena.

CLICK HERE TO BOOK TICKETS FOR NIGHT 3 IN BELFAST