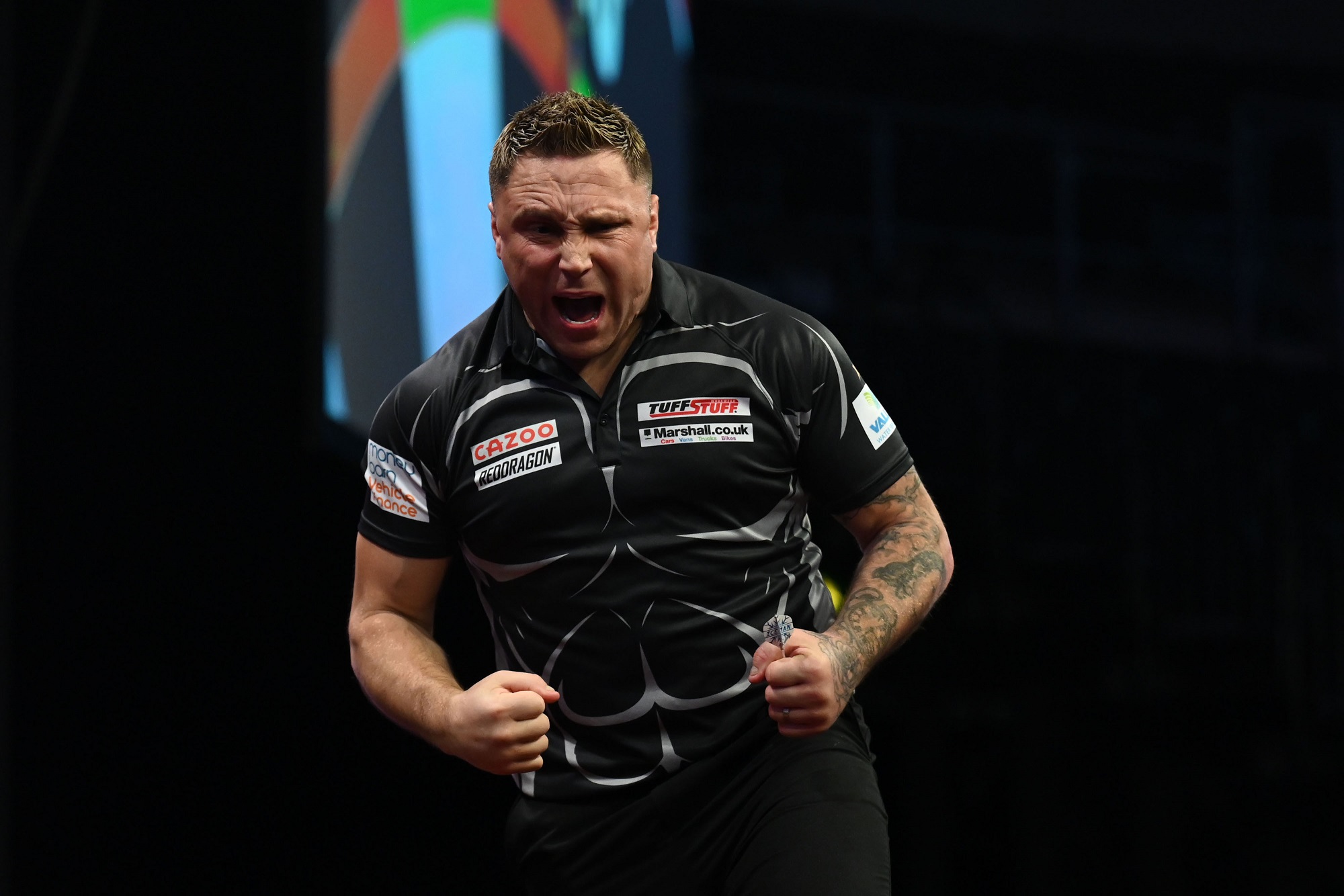 A night that will go down in darts history saw Price hit perfect legs against Michael van Gerwen in the semi-finals and James Wade in the final in a stunning display.

He also sealed victory in his opening game of the night, against Michael Smith, with a 170 checkout and averaged over 108 in his first two games.

World number one Price then averaged 105.32 in defeating Wade 6-4 in the final at the end of a memorable night at the SSE Arena.

Leg three of the final saw the Welshman hit his second nine-darter of the evening, though he had to battle back from 4-3 down to pick up the five league points and £10,000 winner's bonus.

"Tonight I felt like I couldn't miss," Price reflected. "I feel on top of the world right now.

"I told James in the practice room [before the final] I was going to hit another one, I just fancied it tonight.

"But, as well as I played tonight, I could've possibly lost in two games which shows how high the standard is at the moment.

"That's how well I've been playing recently, I'm feeling good in myself.

"I put it down to being been back in the gym and looking after myself. The last two-and-a-half weeks I've been putting some hard work in at the gym."

In the semi-finals, Price produced perfection in leg five against Van Gerwen, despite initially dropping his sixth dart before recomposing himself, and also hit a further seven perfect darts in winning the deciding leg of the tie.

Price, who joins Phil Taylor as the only player to hit two nine-darters on a Premier League night, also hit a 170 checkout in sealing his quarter-final victory over Michael Smith.

The world's top four featured in the semi-finals, as 2009 Premier League champion Wade defied a 105.2 average from Wright to reach his first final of the campaign and pick up three points.

Losing semi-finalists Van Gerwen and Wright leave Belfast with two points each thanks to their respective quarter-final victories against Joe Cullen and Gary Anderson.

The Cazoo Premier League roadshow returns to Westpoint Exeter on Thursday March 3 for Night Four of the league phase, as Price meets Wright in a clash of the world's top two.

The night's other quarter-finals will see Clayton meet Van Gerwen, Wade take on Anderson and Smith face Cullen as the £1 million tournament continues at the sold-out Exeter venue.